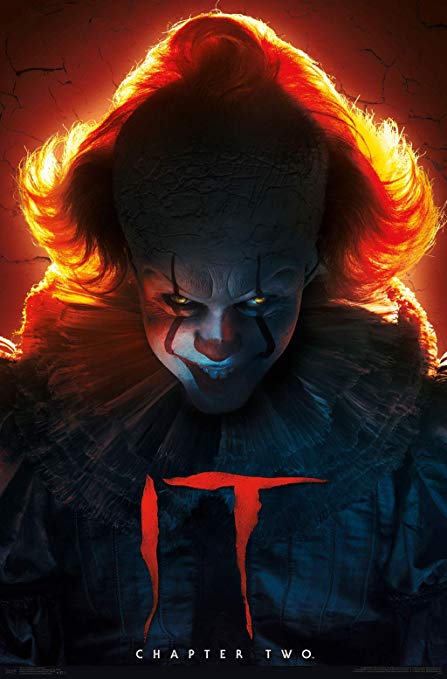 Stephen King’s It recently made yet another appearance in theaters on September 6th, and it was amazing. As most of the population knows, Stephen King movies are usually particularly difficult to watch. It: Chapter 2, on the other hand, is by far my favorite horror film yet. This movie had viewers screaming and popcorn flying all over the theater, something I’ve only seen happen one other time in my experiences. Between Richie and Eddie’s constant bickering and the man-eating clown ravaging through Derry, the film made rapid changes between humorous and slightly terrifying. As someone who doesn’t mind clowns or gore, my violently jumping was based off of pure surprise at a few scenes. Personally, my “fear” relied on the jumpscares, which were  predictable as I had seen so many clips from promotions, but that didn’t mean I was ready for them. At one point in the movie I was covered in cinnamon from a particularly violent jumpscare, so maybe don’t have any open liquids in your hands or lap when watching the movie. In the past versions of It, you rarely get a chance to see Pennywise’s face transform into his whole beastly persona. However, in It: Chapter 2, you get to see the bone-chilling transition between normal semi-scary clown to something you’ll most likely have nightmares about. I thoroughly enjoyed seeing the transitions and definitely want to see it again because of them(and, of course, the quality of the movie).  All in all, you should see It: Chapter 2, maybe not if you’re hemophobic or coulrophobic, though.