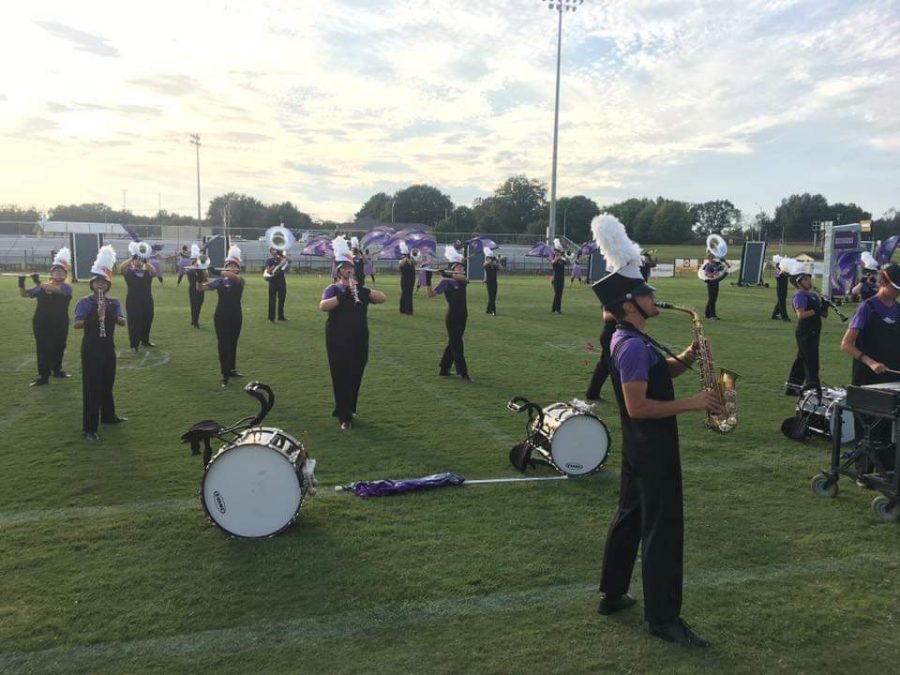 This past Saturday, September 28th, The Sound Of The Choctaws Marching Band performed in the WTSBOA Marching Festival at Peabody High School in Trenton, Tennessee!

Let this be known- it was HOT! But don´t worry, they didn´t let that get the best of them. The band performed like it was a breezy autumn day, except it wasn´t. It was so hot that the band competed without wearing their typical Choctaw jackets!

Congratulations band on your dedication and hard work! Keep it up.

Dyer County will compete this Saturday, October 5th at the Huntingdon Marching Invitational at Huntingdon High School in Huntingdon, Tennessee!