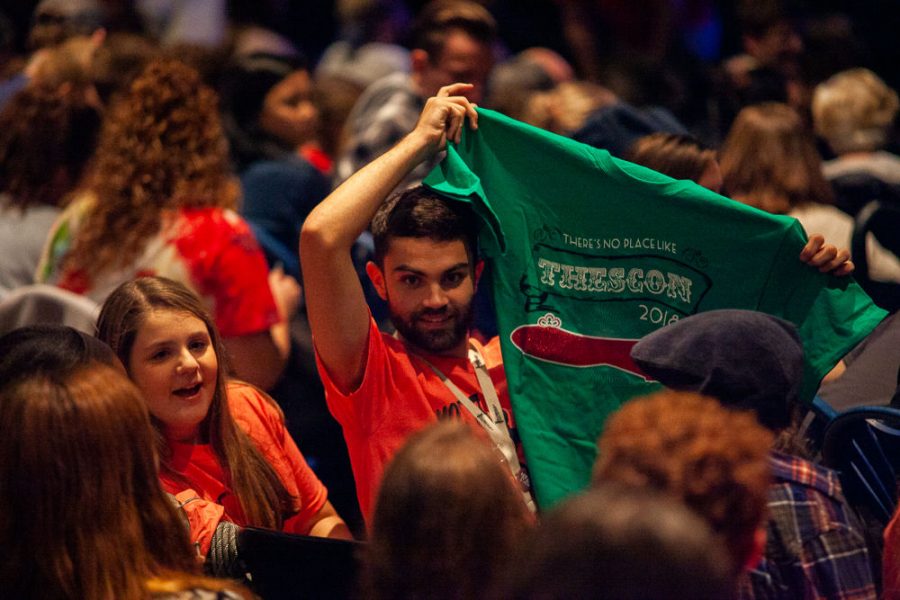 The Thespian Conference, also known as Thescon, is a conference for many thespians to converge. This year’s Thescon was held in Murfreesboro, on Middle Tennessee State University’s campus. The event lasts over two days, it’s on a Friday and Saturday. Our highschool’s Drama troupe went and experienced it for themselves, us included.

After our three hour drive and getting settled into our Airbnb, our thespian troupe headed over to Middle Tennessee University. We arrived at 11:30 and began our theater classes! These classes are genuinely for everyone with even a slight interest in theater whether you’re an actor or not. They have acting, improv, makeup, building, light/sound, singing, and dancing classes. We get free lunch and dinner from the schools’ cafeteria, which has just about anything you can imagine. Shortly after all classes ended, we all headed over to the schools’ theater to listen to announcements and watch the first play.

The production was called, Much to do About Nothing. Much to do About Nothing is a Shakespeare comedy about rumors and love! This play though was modernized into an 80s theme. The next play we viewed was Is He Dead. Is He Dead is a comedy by Mark Twain about an artist faking his death do get out of debt. Both of these plays are amazing, but there were some lesser-known plays called One Acts. They were very small but still left you breathless.

Overall, Thescon was an amazing event with so many different classes to attend and people to meet! If you ask us, Thescon is something that only you have to experience to truly understand and enjoy.