The Truth About Dan Schneider 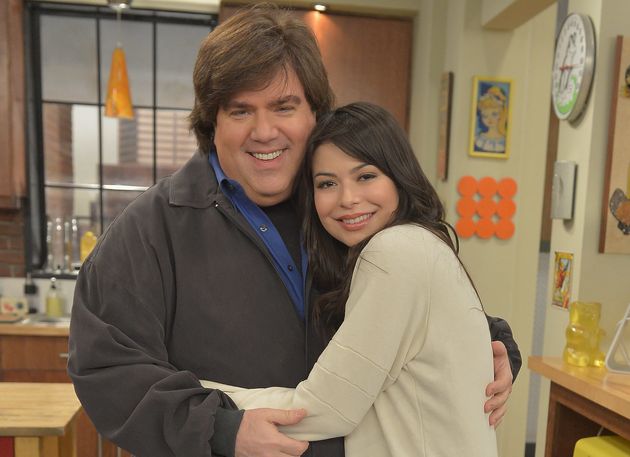 If you don’t recognize the name, you’ll recognize the shows he’s created. You’ve heard of ICarly, Drake & Josh, Victorious, and Zoey101, right? If you haven’t, well then I feel bad for you. These are all shows we grew up watching; some of them even defined our childhood. These are all shows created by Dan Schneider. You may not remember, but his name usually pops up near the end of the theme songs of the shows I mentioned.

In other words, this man is responsible for quite a few of our favorite childhood shows. So, naturally, you’d think Schneider would be someone to be thankful for; a good person who enjoys creating shows that make kids, and even teens happy. Unfortunately, this isn’t the case, nor is it whole story. Today we’ll be delving into the harsh reality of what went on behind the scenes of some of our favorite shows, and how Dan Schneider fooled us all.

Schneider had always been notorious for being a bit off-putting, but some sources say that he actually pinned Jennette McCurdy (the actress who played Sam in ICarly) down on set for no reason. Keep in mind, McCurdy was only 14 when she began the role of Sam Puckett; which makes her a minor for a good chunk of the show. Schneider was at least in his mid to late forties. Other sources say that that we can expect an ICarly reboot in the near future, but McCurdy refuses to be a part of it. Could it be because of Dan Schneider?

Another thing is, Schneider  seemed to include a LOT of feet scenes in his shows throughout the years. In fact, feet became a staple of humor throughout many of his projects. If you watched Nickelodeon as a kid, I can guarantee you saw someone’s bare feet quite a few times. Most people wouldn’t exactly consider this creepy; weird at most. However, many people, including myself, believe Schneider has been secretly sexualizing feet. He’s no stranger to going out of his way to make feet “jokes” or feet posts on his personal social media. Not only this, but once, Schneider had a 16 year old Ariana Grande (or Cat Valentine from Victorious) do a skit where she had to suck her own toe as well as do other things that are questionable. I won’t say them all here, because some of it can be taken out of context and be considered inappropriate for school. However, the video is on Youtube if you’d like to see for yourself.

Speaking of Cat Valentine, let’s talk about Victorious for just a second. There’s a specific video that can be found on the internet. At the beginning, it shows Ariana Grande and Liz Gillies (Jade West) laying on the floor of the Victorious set talking, when all of a sudden Schneider (the one filming the video) walks up to them and starts asking them questions about what they’re doing. His tone makes it seem like he’s mad or irritated, but they hadn’t done anything wrong. You can instantly see that the two girls get uncomfortable. Gillies almost seems like she’s afraid. While Schneider is still filming them, she turns away from the camera and makes a barking noise, of course causing Schneider to question what she just did. She tries to claim it wasn’t her, but after a few moments, does it again. All of a sudden, Schneider’s attention is turned to Avan Jogia (Beck Oliver) and Eric Lange (Sikowitz) because they walk up to him and start up a conversation with him pretty quickly. Then, you see Gillies grab her purse and leave, along with Ariana.

This may seem a bit odd to you, and you’re probably wondering what it has to do with the rest of this article, but once I explain, it gets even creepier. There are several different sources that say Schnieder was weird, or that he was known to be a creep. There’s a rumor that on the Victorious set, if Schneider was being “creepy” or making any of the girls uncomfortable, they would bark as a signal for the boys to distract him so the girls could get away. This would certainly explain the odd video of the cast. It’s honestly sad that they would even have to come up with something like that. No one, especially an underage teen girl, should feel that uncomfortable around someone, especially someone with a position over them. If girls literally have to make up a secret code to get away from you, you’re automatically a creep. There’s no question about it.

On the Zoey101 side of things, Alexa Nichols Nikolas (or Nicole Bristow) has said that in her opinion, Dan Schneider “isn’t a good guy” and even told her fans not to watch his shows. There’s also been statements made from people who worked closely with Schneider that say he had a temper and could be jerk. The scary part is, we don’t know what else went on that hasn’t come out yet. So far, no major statements from stars have been made regarding Schneider’s behavior. Nickelodeon has since cut ties with him, claiming it was time for the partnership to end since Schneider’s two shows at the time were wrapping up…. Even though one of them was cancelled. Could it really be due to all the rumors and allegations coming to surface?

For anyone thinking “Well if he was such a creep, why didn’t they quit?”, actors and actresses have contracts that require them to film for a certain amount of time; most of the time it’s years. We don’t know if worse has happened. Regardless if it has, Dan Schneider is still a creepy man and the things he’s said and done are very questionable. It’s insane how someone who was responsible for such a good part of your childhood could be such a gross, disgusting person. Of course, there’s nothing we can do about it; but it’s good to stay informed on the people you support. Hopefully if anything bad happened, Schneider will get what he deserves…