The Truth about Marilyn Monroe 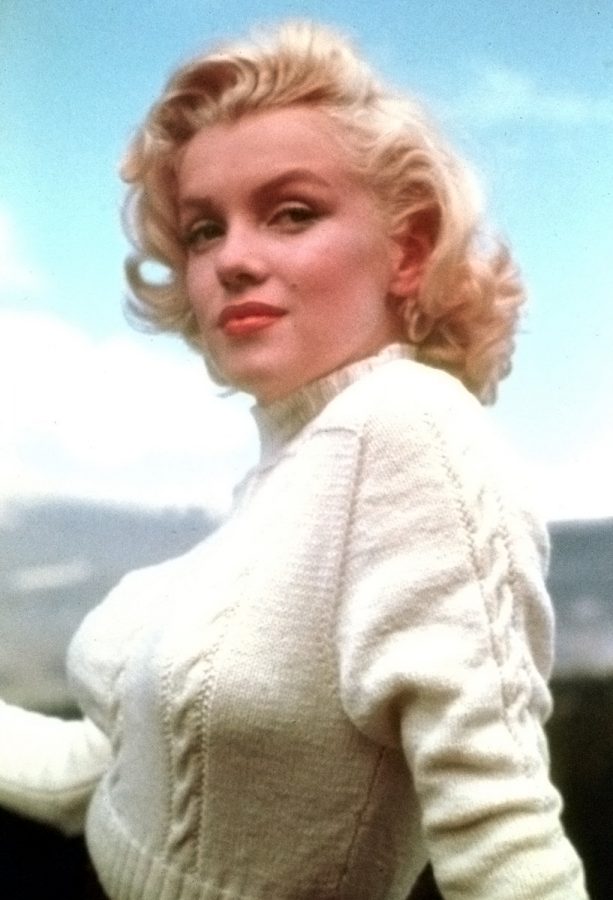 We all know Marilyn Monroe as the beautiful actress/model/singer that was loved by everyone during the 1950’s. She sung about diamonds being a girl’s best friend, and even came out of a birthday cake. However, not a lot of people look into her mental health and why she was taken from us so soon.

When she was younger, Marilyn was placed with foster parents, Ida and Wayne Bolender. There was never a sure answer of who Marilyn’s biological father was and her mother, Gladys Baker, was a schizophrenic. Her grandmother also suffered from postpartum depression and her grandfather was mentally ill, which led him to suicide. Because of the mental illness in her family, many relatives believed that Marilyn could also have one of these illnesses. Close family members have said she showed signs of paranoia as a child, especially regarding the death of her dog, Tippy.

Marilyn isolated herself from the other kids in her class, which means her only friend was her dog. One day while Marilyn was at school, her dog was sadly hit by a car. Her neighbor had found the dog and placed him in the driveway to let the family know. Even though it was very evident that Tippy had been hit by a vehicle, Marilyn was adamant that her neighbors had killed her dog with a garden hose because he always barked. This is when her parents started to become worried. Self isolation, unusual thoughts, and perception are all early signs of schizophrenia.

Even though her childhood wasn’t ideal, Marilyn pushed through her hardships and earned her place in the spotlight. However, her fame didn’t hide the fact that she still was dealing with mental illness, failed marriages, and three miscarriages. In 1949, while preparing for The Asphalt Jungle, Monroe asked her acting coach, Natasha Lytess, “Did you hear that?” after complaining about hearing voices outside her door, even though no one was there. Lytess expressed her concern to Johnny Hyde, Marilyn’s boyfriend at the time, but he believed it was normal behavior. Hyde died the following year, sending Marilyn into a deep depression. Lytess found Marilyn lying in the floor of their shared apartment with a mouth full of sleeping pills. Marilyn claimed there was no harmful intent.

In 1956, Marilyn was married to famous playwright, Arthur Miller, who made Marilyn feel insecure about herself. Miller had even written in his diary that he was embarrassed by her. This caused Marilyn to fly to New York to see her psychiatrist out of devastation. She had an argument over the phone with Miller in 1958, which caused her to once again to overdose.  The couple publicly announced their separation publicly in 1960, which caused Marilyn’s health to deteriorate even more.  This same year, on the set of The Misfits, Marilyn complained of hearing voices again.

In 1961, Marilyn was admitted to the Payne-Whitney Psychiatric Ward after telling her psychiatrist she’d felt like jumping from her apartment. She entered under the Payne-Whitney hospital of Faye Miller, and thought that staying at the hospital would bring her out of the spotlight, but she was immediately brought to the psychiatric ward, threatened with a straight jacket, and placed in a cell. Marilyn said, “I felt like I was in some kind of prison for a crime I hadn’t committed.” Marilyn also wrote about the time she lashed out at staff, saying she broke a window with a chair, and kept a small piece of glass in her hand, waiting for staff to come in. “If you are going to treat me like a nut, I’ll act like a nut.” It wasn’t until her ex-husband, Joe DiMaggio demanded she was released that Marilyn left. Even though she’d been released, the mental impact that hospital gave her would stick with her until the day she passed.

Marilyn’s depression continued to get worse, so her friends brought her on a trip to Frank Sinatra’s Cal-Neva Lodge to cheer her up. However, sources such as a security employee at the lodge said that it was shocking how depressed Marilyn had gotten. On August 5, 1962, Marilyn’s housekeeper became concerned when she saw her door was locked. Dr. Ralph Greenson broke out her bedroom window, to find that she had passed from an overdose.

Marilyn Monroe was more than just a sex symbol from her time, she was a bright spirit who was loved by many people. Not enough people touch on the obstacles Marilyn had to face and how strong she really was with everything she was fighting.