Vehicles driving on snow-covered Interstate 10 Monday, Feb. 15, 2021, in Houston. A winter storm making its way from the southern Plains to the Northeast is affecting air travel. (Yi-Chin Lee/Houston Chronicle via AP) 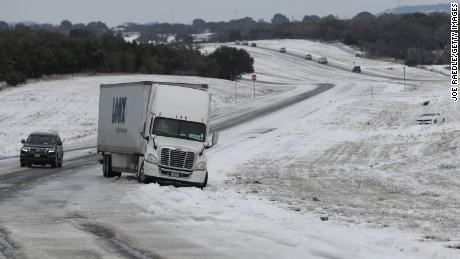 Texas was hit by two major Winter Storms last week. Winter Storm Uri and Winter Storm Viola hit Texas and most of the United States last week and brought winter weather to states that don’t expect this type of winter weather. Texas had the worst impacts of the winter storms as it brought several inches to a foot of snow in Central and North Texas and ice in Southern Texas. Power Grid failures were one of the worst problems that hit Texas as it left millions without power and left Texans without heat. As power was restored, many discovered that taps ran dry, pipes had burst, or water treatment plants had failed.

Many Texans went to warming centers, hotels, or even furniture stores to find a place to stay warm due to the power outages in their homes. Governor Greg Abbot released a statement on Texans suffering during this time. He said, “It is unacceptable for Texans who suffered through days in the freezing cold without electricity or heat to now to be hit with skyrocketing energy rates.” Energy rates skyrocketed for people as people were reporting that their energy bill was in the thousands during this time of crisis. This winter event was the worst to strike Texas in seventy years. This event will go down in history as one of the worst winter events for the United States.