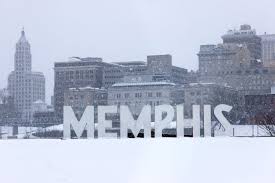 Residents in the Memphis area have been under a water boil advisory since Thursday, January 18.

Because of the frigid temperatures, many residents have been leaving their faucets to drip and water lines have broken which led to below-average water pressure. When the water reaches this low-pressure threshold it triggers an automatic boil water advisory.

The Memphis water company states no contaminants have been discovered in the drinking water, but they mention there has been no testing due to low water pressure. The boil advisory is a warning to customers to be safe. Water needs to be boiled before brushing teeth, drinking water, or cooking. You do not need to boil water for washing your hands or bathing. Restaurants are being urged to close down if they can not adhere to the boil advisory.

Residents are being asked to conserve water. Lessening showers, turning the water off while brushing your teeth, and using bottled water are suggestions the city is pushing. This allows the water system to not have to do double the work in order to stabilize the pressure.

Experts say that South Memphis and East Memphis are receiving pressure improvements, but they can not predict a timeline right now and will continue to issue daily updates for their residents.