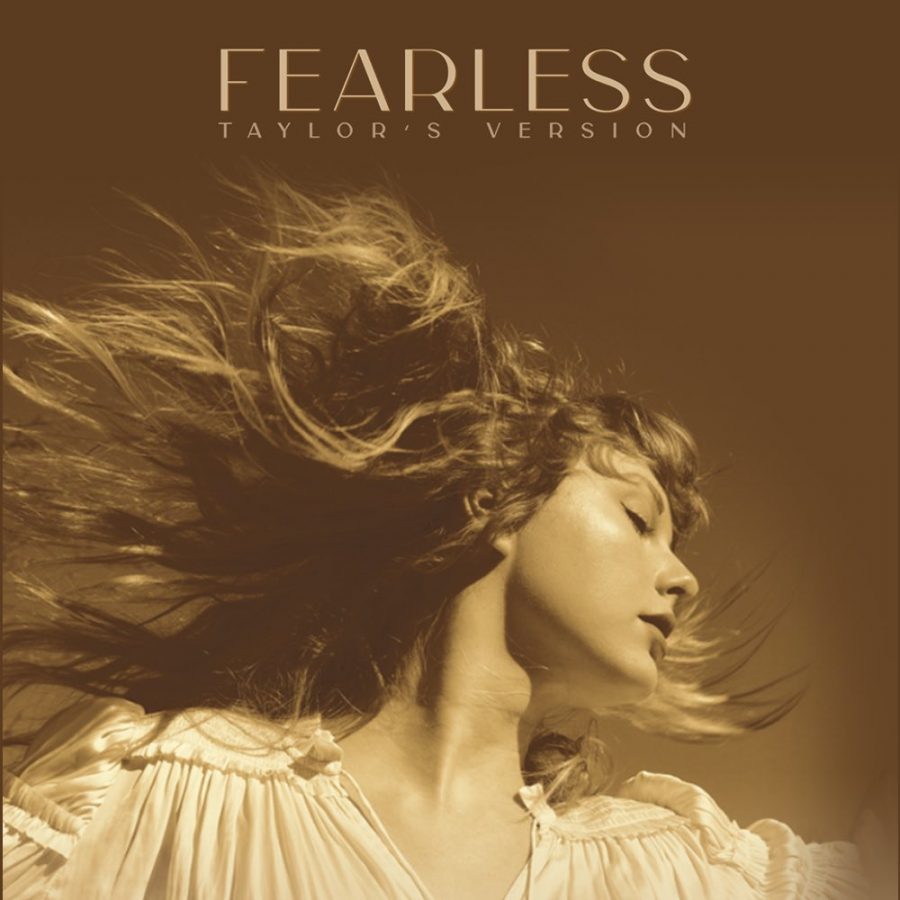 Fearless is the album that skyrocketed Taylor Swift’s stardom and is an album most all of us grew up with. Songs like Fearless, Fifteen, and Teardrops on my Guitar are songs we all know like the back of our hands. Following the release of Taylor’s latest album, Evermore, Swift is starting to rerecord her master albums.

Everything was fine up until June 2019. In 2019 Scooter Braun bought Big Machine Records for $300 million. Once Taylor found out about this news she fled to social media to express her unhappiness. Swift states she begged for a chance to buy her own work but the label wanted her to earn her work back one album at a time by releasing new work under them.

Right after this huge blow-up, Taylor started making plans to rerecord her first five albums once her contract official was up because she believes “Artists deserve to own their own work.” This brings us to the first release of her recorded albums.

Each rerecorded album will feature songs “from the vault” that were written for the album but did not make the cut. These from the vault songs also have the potential to include some features of other big stars.