Should College Athletes be paid? 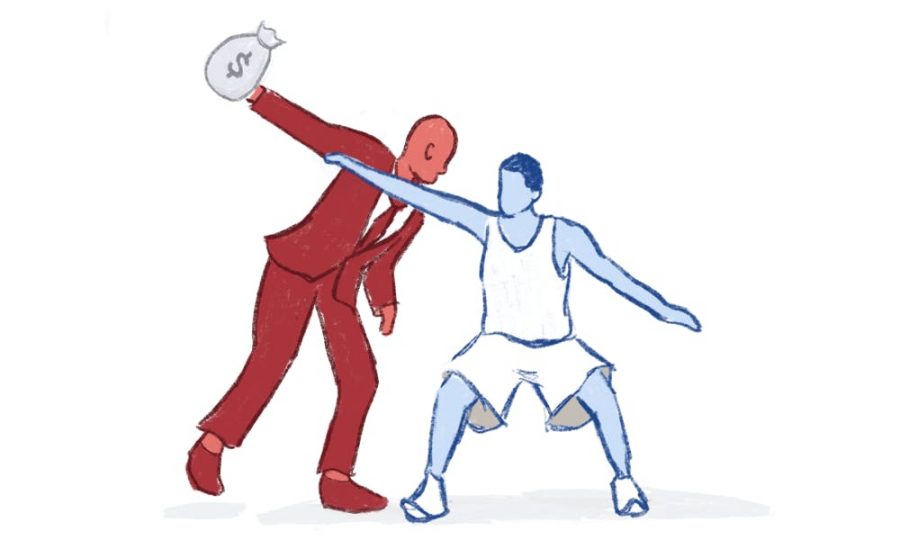 Wouldn’t it be nice if every fan had that same child-like innocence when watching collegiate sports? The world would be a much better place, but unfortunately in the world of Division 1 sports, there’s been a big problem distracting us from the games. What is that problem?

The problem is the NCAA is a multi-billion dollar organization and the debate on whether or not the athletes should see a percentage of that money has split fans down the middle.

The argument against college athlete’s compensation is that pay structure would be almost impossible to figure out and competitively it would put smaller programs and schools at a disadvantage to larger ones.

Those in favor of paying college athletes say that if the NCAA was less strict with their rules, maybe they could reach a compromise that could relieve some of the frustration on the side of the players.

Looking at the argument of more popular sports having an objective advantage over smaller ones, Business Insider found that the average Division 1 school’s football team generates $31.9 million while the next 35 sports generate $31.7 combined. The most extreme example being The University of Texas who generates $182 million a year from their athletic program, 70% of that money coming from their football team.

Imagine giving a school like Texas the ability to pay players; they’d easily be able to pay top players more than anyone else, taking talent away from schools like Davidson, Colgate, and Bucknell. Small schools that can’t pay players will likely not even get the little talent they have now.

This is coming from a Texas fan, and even I know it would be unfair. Additionally, the other sports that don’t make as much money as football or basketball are at risk of getting cut because they can’t keep up. Sports like softball, lacrosse, and soccer may be pushed to the side so the schools can pay for football and basketball players.

Now let’s say that these small schools are able to squeeze enough money to pay their players, then how would they get paid? Would there be a set wager for everyone?

That wouldn’t work. Not every player is equally talented, so they wouldn’t be paid equally. Zion Williamson would not have got paid the same as Jack White, his backup. But would it be fair for one college player to make way more than his teammates?

So then it brings up the proposal that you allow the players to sign endorsements and make money off their own name and likeness, but that would totally undermine the core of the opposing argument.

The side that says only 2% of college athletes go pro so they should get paid now while they still have value. But if college players were paid their worth then only those 2% that will go pro would be the ones getting paid endorsements so there would still be a majority of players being left out.

Probably the most egregious example of this is down in Tuscaloosa, Alabama where Crimson Tide quarterback Bryce Young has already amassed approximately one million dollars in endorsements without even being named the official starting quarterback. He is unproven and yet has already received a life-changing sum of money that’s comparable to a professional athlete.

But the truth is there are a lot of people that want college athletes to be paid. In fact, CNBC did a poll of college students and found that 53% of them were in favor of compensating student-athletes. With the support being even stronger amongst athletes with 71% in favor of being compensated.

So the support from the people and the players is there and it’s well understood that this is something many people want. In a perfect world, everyone involved would be able to be paid fairly but unfortunately, there’s nothing perfect about the world of business. So we’ve established how the money would make things unfair amongst players and teams, and we’ve acknowledged that people want some form of change to take place.

The NCAA doesn’t even fully guarantee all players their scholarships and can withdraw them depending on play or injury. These are problems that can be fixed without drastically altering the integrity of the organization, but are just enough to satisfy the needs of their players and fans.

Ultimately, there’s no way with the pay structure and the desire for competitive sports that the NCAA could directly pay players. However, they already give a considerable amount of money in scholarships and aid for the athletes so it wouldn’t hurt them to allow the players some little extra benefits and security. Change is needed, so if both sides can come to a compromise then we can bring that childlike joy back to college sports again.