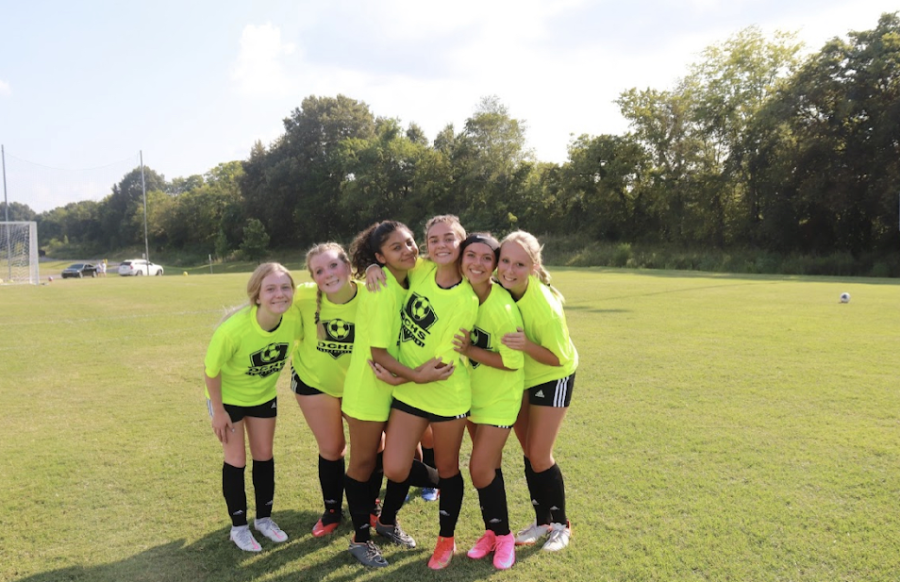 The Dyer County girls soccer team’s season ended in an intense finale against Obion County that saw the team come back from a 3-0 deficient to giving up a penalty kick in the final minutes of extra time to lose the game 4-3.

The Lady Choctaws played the Lady Rebels last Friday in the district tournament play-in game. This was a win-or-go-home game with the winner of this match going on to play no. 1, South Gibson while the loser finishes their season.

Dyer County won the previous match-up 6-2 off a hat trick from Anna Hampton. However, Obion came out strong scoring three quick goals in the first half.

The Lady Choctaws came back with equal power as Anna Hampton scored two goals to make it a 3-2 game. Makenzie Deere then tied up the game with a header with five minutes left to go in the game.

Regulation ended with a tie so it was off to extra time.

The first couple of minutes of extra time was a stalemate with neither team being able to create much offense. Unfortunately, Kendal Morrow was called for a handball in the box giving Obion a penalty kick.

Goalie, Tori Myers, couldn’t block the ball and Dyer County fell to the Rebels 4-3 for their last game of the season.