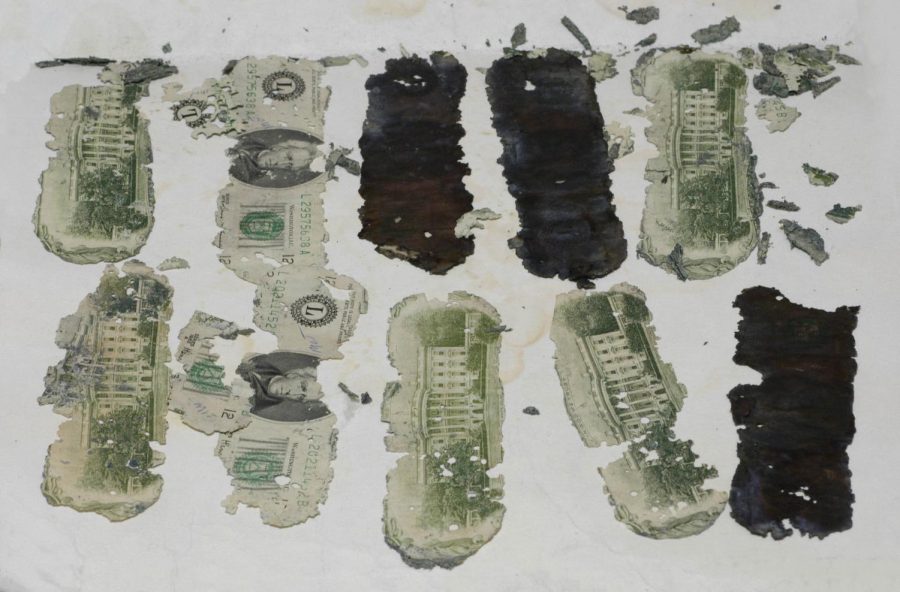 The area in which Cooper was approximated to have bailed out of the aircraft was covered with mountainous terrain which was also surrounded by dense forests, adding further difficulty to the search. Also, because of the time of year, the search also faced the difficulty of having to traverse this terrain and survey it in low temperatures, and often persistent inclement weather. It’s not a surprise that authorities weren’t able to find any trace of Cooper, nor his belongings. Since they weren’t able to find any physical trace of Dan, authorities then turned their attention towards any potential lead regarding the $200,000 ransom he had demanded. Since this money had been collected from a national bank ransom fund in Seattle, authorities were able to note the serial numbers of the 10,000 $20 bills given to Cooper on that night.

Upon noting these serial numbers, the FBI began asking banks around the country to check their $20 bills to see if any of the bills had matched the list of the bills from the ransom money. As well as asking banks, the FBI also asked the general public and government institutions. The idea behind these series of actions was to make any potential transaction that Cooper could make if he were alive, as difficult as possible. Alongside these efforts, Northwest Airlines and several other newspapers started to initiate rewards to those who could find any of the bills with the matching serial numbers. Unfortunately, no one would find a bill until roughly a decade later.

In early 1980, a young man named Brian Ingram was building a campfire out on a small beach in southern Washington. As he was digging into the sand for his camp, Ingram discovered three withered bundles of cash that ultimately added up to a total of around $5,880. Brian’s parents immediately brought the degraded bundles to the FBI having heard of the infamous skyjacking years prior. After careful inspection, the bills eventually did match those that were a part of the ransom list. Although there was excitement around having found the matching bills, it quickly subsided due to the fact that the bundles of money unfortunately brought more questions than it answered.