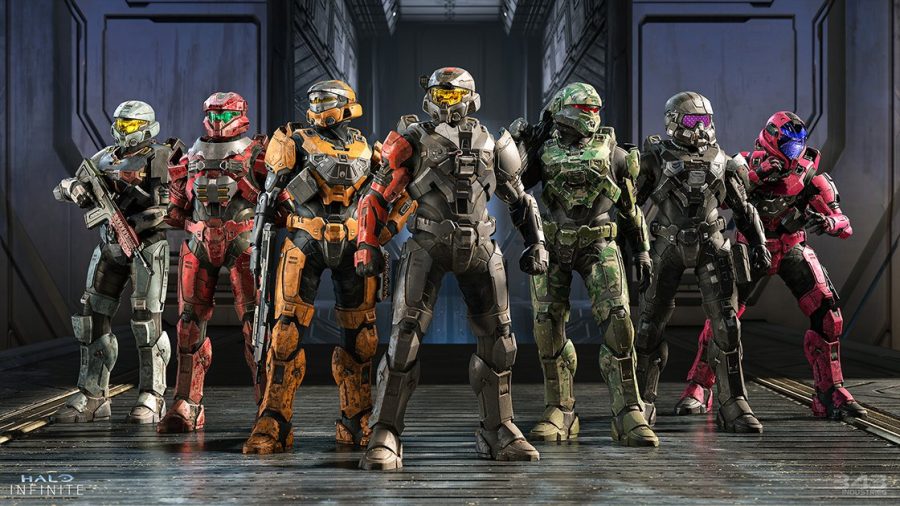 Halo Infinite is the upcoming game developed by 343 Industries and published by Xbox Game Studios. It will be the sixth main entry in the Halo series, continuing the story of the Master Chief, following Halo 5. Unlike previous installments, the multiplayer portion of the game is free-to-play. Infinite planned to be released as a launch title for the Xbox Series X/S on November 10, 2020 but was delayed in August 2020. It is planned to release on December 8, 2021, for Microsoft Windows, Xbox One, and Xbox Series X/S. Halo Infinite’s multiplayer has been in open beta since November 15, 2021, which was to commemorate the franchise and Xbox’s 20th anniversary.
Halo Infinite being a shooter, most of its gameplay takes place from a first-person perspective, which includes numerous weapons and vehicles commonly found throughout the Halo series. It features several signature abilities of Master Chief, such as the Armor Lock and Thruster. The campaign mode features a semi-open world where players can freely explore parts of the setting. There are also more linear aspects within the campaign. Scattered throughout the environment are Forward Operating Bases, which can be cleared of enemies and captured which can then be used as fast travel points.
Multiplayer largely retains traditional Halo gameplay, with slayer, capture the flag, and other modes available in standard 4v4 and 12v12, a first for the series. New to multiplayer are ability pickups, which allow a player to activate a special power a limited number of times, such as dashing, active camouflage, and “repulsor” charges.
The game received a very subpar reception when initially released, but contrary to the initial reveal, Halo Infinite’s multiplayer beta release in August 2021 received praise, particularly for its gameplay improvements. While the reception has been very positive, the Battle Pass system received criticism for its slow progression. In response, 343 adjusted the battle pass progression to speed up progress.