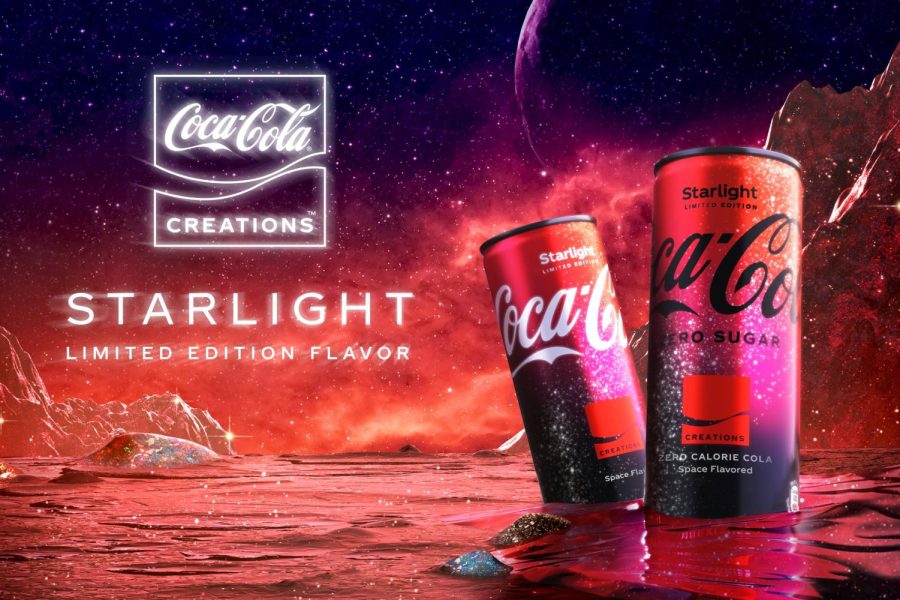 The Coca Cola brand has come out with one of their new beverages known as, Starlight Coke. Interesting right? The brand claims the coke to be “space flavored”, so what are peoples opinions on this new beverage? I have recently tried the new coke flavor and here is what I think about it. When you look at the coke, it has sort of a reddish tint to it when it is in the light. This may help with the effect of it being more “space” like. Taking a sip, the first thing I noticed was the fizz just like the original coke. The flavor of the coke consisted of a very sweet, sugary taste. It also had a different musky taste to it. The aftertaste left a minty feeling in my mouth, which was very weird. It felt the way it feels after you spit out spearmint chewing gum. Really weird. After trying the coke a few times, I decided to do some research from the founders of Coca Cola. I asked what the coke was genuinely supposed to taste like and it stated, Both taste like Coca-Cola with added fruity and vanilla flavor. It tastes like strawberry, marshmallow, and/or cotton candy”. In another article it said something about having faint hints of a minty aftertaste and it is very noticeable in my opinion. Overall I’d give the Starlight coke a rating of 7/10. Maybe you could give it a try if you haven’t already, considering it will only be out for 6 months. Hurry up and try it while you can!